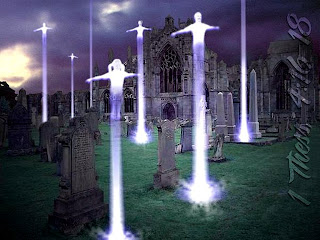 Many have assumed Revelation 4:1 is the rapture, or at least a figure for the rapture of the church.
We will show from scripture what is true, and give many reasons.

Here is the passage in Revelation 4:

After these things I saw, and behold, a door opened in heaven, and the first voice that I heard, a voice as of a trumpet speaking with me, one saying, Come up hither, and I will show thee the things which must come to pass hereafter.  Straightway I was in the Spirit: and behold, there was a throne set in heaven, and one sitting upon the throne;

The “catching away” is the church remnant being caught up in the twinkling of an eye.
The “come up” hither” is an ascension going up, like smoke.
It may not fit the definition of the “rapture”.
2.    After John went up,  he saw elders, but does it say he saw the churches that he just
was given a message for in chapter 3 right before going up?

Rev. 3:21   He that overcomes, I will give to him to sit down with me in my throne, as I also overcame, and sat down with my Father in his throne.
22   He that has an ear, let him hear what the Spirit says to the churches.

Next, immediately after being told to write what the Spirit said to the churches, he hears a voice.
3.   Was it a "voice" he heard or a trump that is written that precedes the rapture?

Notice this and ask yourself,  is the "FIRST" voice the "last trump" ???
Rev. 4: 2" and the first voice that I heard, a voice as of a trumpet"
1Cor 15:52  In a moment, in the twinkling of an eye, at the last trump:
for the trumpet shall sound, and the dead shall be raised
incorruptible, and we shall be changed
John does not say the voice speaking "come up hither" is the archangel.
He said   the "first" voice is "as" a trump, but is not identified as "the last trump AND a voice of the archangel, as it says regarding the real rapture in 1Thess. 4:16:
For the Lord himself shall descend from heaven, with a shout, AND with the voice of the archangel
4.  Is "Come up hither”  mis-identified a "rapture?

In the Greek, "come up" is "anabaino", and the rapture is "harpazo".
Here  is “anabaino”: (www.biblestudytools.com/lexicons/greek/kjv/anabaino.html)
Definition:  to ascend, to go up, to rise, mount, be borne up, spring up.

5. “anabaino” is never used where there is a “harpazo”.

Acts  10:9  On the morrow, as they went on their journey , and drew nigh unto the city,
Peter went up upon the housetop to pray (anabaino)
Galatians 2: 1 Then fourteen years after I went up again to Jerusalem with Barnabas,
2 And I went up by revelation, and communicated unto them that gospel which I preach
(both are “anabaino” ).
John went up (anabaino)  in the Spirit, but was not raised (harpazo)  up along with the last trump/ the dead raised first/ the clouds, or the numerous signs that accompany the rapture.

6.   The Signs.
Compare “come up hither” with the real "rapture" and the signs that go with the rapture:

In 1Thessalonians 4: 16
For  the Lord himself shall descend from heaven, with a shout, AND with
the voice of the archangel, AND with the trump of God:

AND
the dead in Christ shall rise first;
(17 then we that are alive, that are left, shall together with them be caught up (harpazo)
in the clouds to meet the Lord in the air: and so shall we ever be with the Lord.

7. The English expressions:
The confusion is introduced by the translators when they translate two different words into similar
English expressions.
Our example here of “caught up”, which in the “rapture” verse in 1Thessalonian 4 is “harpazo”,
is accompanied by many signs.  Harpazo is a sudden seizure, a forceful action.
The "pre-trib" folks who want to make "come up hither" into the rapture, but Anabaino is more leisurely like smoke going up, climbing a mountain, arising, or ascending..
The actions are very different.
8.  Questions:
In Revelation 4:1, where does the Lord descend?
Where is the voice of the archangel AND the trump of God?
Where are the dead that “rise FIRST”?
Where is the SHOUT?
Where is “the cloud of witnesses”?
Without any other “rapture” signs that all of the other “rapture” verses mention, any attempt to turn 4:1 into a pre-trib rapture is blatant “twisting”, that is, the “wrestling”  of another meaning into the passage.

9.    At the “rapture” ,  what happens to the physical body?
In Revelation 4:2 Straightway I was in the Spirit.
The resurrection is not spoken of until Revelation 20:4, in the first resurrection…”

Compare with 1Corinthians 15:
51   Behold, I tell you a mystery: We all shall not sleep, but we shall all be changed,
52   in a moment, in the twinkling of an eye, at the last trump: for the trumpet shall sound,
and the dead shall be raised incorruptible, and we shall be changed.

Harpazo: (to seize, carry off by force to seize on, claim for one's self eagerly to snatch out or away)
Acts 8:39   And when they came up out of the water, the Spirit of the Lord caught away Philip;
and the eunuch saw him no more, for he went on his way rejoicing.
2nd Corinthians 12:2  I know a man in Christ, fourteen years ago (whether in the body,
I know not; or whether out of the body, I know not; God knoweth),
such a one caught up even to the third heaven.
2 Cor 12:4      how that he was caught up into Paradise, and heard unspeakable words...
1Thes 4:17      then we that are alive, that are left, shall together with them
be caught up in the clouds, to meet the Lord in the air:...
Revelation 12:5  And she was delivered of a son, a man child, who is to rule all the nations
with a rod of iron: and her child was caught up unto God, and unto his throne.

Anabaino:  (ascend to go up , to rise, mount, be borne up, spring up)
Mat. 14:23    After He had sent the crowds away, He went up on the mountain by Himself to pray
Mat. 20: 17  As Jesus was about to go up to Jerusalem, He took the twelve disciples aside by
themselves, and on the way He said to them,
18 "Behold, we are going up to Jerusalem
John 1: 51    And He said to him, "Truly, truly, I say to you, you will see the heavens opened and
the angels of  God ascending and descending on the Son of Man."
John 6: 62   "What then if you see the Son of Man ascending to where He was before ?

Rom 10:6    But the righteousness based on faith speaks as follows :
"DO NOT SAY IN YOUR HEART, 'WHO WILL ASCEND INTO HEAVEN ?'

Eph. 3: 8       Therefore it says, "WHEN HE ASCENDED ON HIGH,
HE LED CAPTIVE A HOST OF CAPTIVES, AND HE GAVE GIFTS TO MEN."
9   (Now this expression, "He ascended," what does it mean except that
He also had descended  into the lower parts of the earth ?
10   He who descended is Himself also He who ascended far above all the heavens,
so that He might fill all ...)
Rev 4:1 …and the first voice which I had heard, like the sound of a trumpet speaking with me said,
"Come up here, and I will show you what must take place …"

Acts 8: 39 39 When they came up out of the water,  (ANABAINO)
the Spirit of the Lord snatched Philip away (HARPAZO)
and the eunuch no longer saw him, but went on his way rejoicing.
Do you still want to say John was “raptured” in Revelation 4:1?
–Clearly, “anabaino” is NEVER used as a “rapture” verb anywhere in scripture..