Prophetic Dreams of the Emerging Dragon and Martial Law 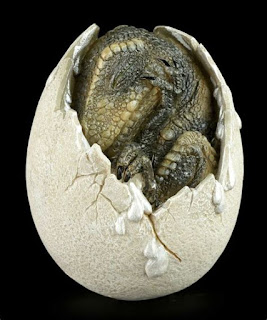 What does Saudi Arabia and the US have in common?
Remember when Trump first came in to office and one of the early moves was the exposure and overthrow SUDDENLY of the coup plotters in Saudi Arabia?
-In 2016 there was a plot to overthrow the Government of Saudi Arabia, a very unsavory "kingdom" that oppresses women, non-*um*slums, and others.
In light of the on-going coup against President Trump, that may very well be what happens here.. I can see the sudden implementation of a very powerful force and roundup of the criminals.
There are elements of that in the *dream I was given about the rioting and chaos in the city, followed by a force and power that none could resist.
In order for that, there must be a large reaction from the satanically-driven Left to attempt a violent coup against President Trump.
-which is the next step of the "Purple <Soros-Chyna> Revolution".
If you have not understood what has been taking place behind the scenes, the exposure of the RED Chyna-CCP spy network and corruption of BOUGHT political actors in BOTH parties should be a wake up call. My wife's prophetic vision in 2005 of the "Emerging Dragon" also witnesses the very deep EXPOSURE of the dragon (Chyna) at a time of division between a blue army and red army.
The Emerging Dragon Dream: Linda, 8-20-05
I was in a valley between two mountains with many other people.
The mountain on the left showed some vegetation on the side and some buildings on top.
The mountain on my right was barren, dry and empty.
As I observed the dry mountain on the right I noticed the outline of a huge dragon appearing in the side of it.
Then the picture-image-outline of the dragon began moving and emerging out of the dirt,
taking a 3 dimensional form before it began roaring and and going after the people.
Everyone started screaming in panic and running for their lives. Some ran to the other mountain and started climbing to get away from the beast...
This startling and unforgettable dream showed the conflict between the re and blue political factions and the exposure of the real source of conflict and division, i.e. Chyna on behalf of the NWO rulers who themselves are servants of satan.
In 2017: CHAOS and Martial Law dream. -Rory
In the dream I was with some people in the downtown area, in a store owned by a friend.
His store was very secure and had a very strong steel door. We were inside chatting when we heard noises outside, so we looked out through the open door.
Off in the distance, the downtown area, was a cluster or large group of people. Something was very riotous, voices, shouting, smoke and dust.
I "heard" the word "CHAOS", very clearly. We were concerned they would attack us.
The sounds faded and all was quiet.
We were back inside and the secure door was shut and locked.
Then moments passed, and it seemed like there were armored (military) vehicles passing by, and strong soldiers patrolled, carrying weapons.
Then another "word of knowledge" came to me that even though we were in a secure location, that "nothing and nobody will be able to resist" the force of their power.
Perhaps we should all re-visit Revelation 12 and the prophetic vision of the dragon in the end-time scenario.
Posted by Rory at 12:14 PM No comments: