Have you ever read a verse and thought HOW DID WE MISS THIS???"

Consider Luke 21. How could we have overlooked this signs-of-the-end-time warning?
-as many others did likewise including the men on the radio, internet, and book writers?

Luke 21:8 J.B. Phillips New Testament
“Be careful that you are not deceived,” he replied.
“There will be many coming in my name, saying ‘I am he’ and ‘The time is very near now.’ Never follow men like that...... "

Luke 21:8 American Standard Version (ASV)
And he said, Take heed that ye be not led astray: for many shall come in my name, saying, I am he; and, The time is at hand: go ye not after them.

And in the Numeric ASV: and He said see you be not led astray, for many shall come in my name saying "I am He"; and "the season is near", GO NOT AFTER THEM.


Christ-confessing ministers saying the time is at hand, the season is near, ARE right now,  leading many astray.

The FIRST warning Jesus gave regarding the end times was the SIGN that many would lead astray, ---> and that it would be those saying "the TIME is at hand".
“There will be many coming in my name, saying ‘I am he’ and ‘The time is very near now.’ ---> Never follow men like that......

- NO predicted earthquakes hit, and the ones that came were missed.

- NO special "anointing of the manchild" came in September or October.

- NO Comet Elenin disasters or even becoming visible

- NO appearing of Planet X

- NO, the New Madrid did not split open and isolate an ark-shaped refuge in which the "anointed" people  could take the abandoned property of fleeing residents..

- NO, the 11-11-11 Hoover Dam terrorist destruction missed (via a YouTube prophet)

- and even the Great Pumpkin did not arrive for Halloween as Linus, the cartoon series character in "Peanuts' hoped for every year ....

But a pattern of failed dates, dreams, and disasters are exactly what we are told would be an end-time sign!

Did He really mean it and does it apply to the date-setting prophecy teacher?

If they predict dates, confirmed by dreams or whatever they are leading us astray, no disciple in the New Testament dangled dates and disasters as a lure for followers.

Acts 1:7 And he said unto them, ---> It is not for you to know times or seasons, which the Father hath set within His own authority.

We need to repent of the lust to know and/or have special end-time knowledge...
We too can fall into a "working of error", a strong delusion....  because no man is exempt from deception.

The truth here is Jesus does not want us following date-setting people no matter how much Christ they confess and teach.

The second truth is He does not want our minds and spirits POLLUTED by fear. Beware of constant mind-control and manipulation by pointing us toward their particular vision or philosophy, by those seeking a following. Fear using carrot-and-stick dates that constantly move forward is a tactic that keeps people following the "doom-date" setters.

Call him apostle, pastor, watchman, or rabbi and we lean on and follow his revelation, there is idolatry and our mind will be veiled. -especially when God told us ahead of time,  "they will not endure sound doctrine; but after their own lusts shall they heap to themselves teachers, having itching ears;"

The Lord, by His grace, has granted us repentance and deliverance from the error that had us bound. The hidden "leaven" in our manna of the Word.
We can now rest in His promises concerning end time events:


Because you have made the LORD, who is my refuge
No evil shall befall you, Nor shall any plague come near your dwelling;
Posted by Rory at 9:00 AM 3 comments:

Rapture When: Resolved by Resurrection 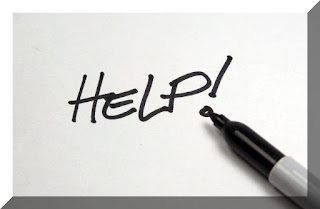 And so we have the KEY QUESTION: WHEN are the dead raised?
We will use the key to prove the "rapture" for "our gathering", and including those "who are alive and remain" living, and the preceding mention of the dead in Christ who rise FIRST.

Because we find in 1Cor 15:51-52 for us to see the Resurrection:
"Behold, I tell you a mystery; we will not all sleep, but we will ALL be changed, in a moment, in the twinkling of an eye, at the ***LAST*** TRUMPET; for the trumpet will sound, and the dead will be raised imperishable, and we will be changed."

So we note "ALL" are "changed" on the same day.

When the dead in Christ are "raised", it is the "resurrection".
Jesus taught on the resurrection four times in John 6 when He
said  He will raise ALL who have believed on Him on the last day. (John 6:39,40,44,54).

Those who are "raised" < i.e. "changed" > are raised on the same day.
There is only ONE (first) resurrection of the saints in Christ..
Jesus is gathering His elect, His people, after the tribulation (Matt 24:29-31).  There is not a separate gathering for one group of Jews after a "raptured" church, because John SAW martyred saints from all tribes tongues, and nations that "came out of great tribulation".

Rev. 7: I saw, and behold, a great multitude, which no man could number, from every nation and of all tribes and peoples and tongues, standing before the throne and before the Lamb, arrayed in white robes, and palms in their hands;
10 and they cry with a great voice, saying, Salvation unto our God who sits on the throne, and to the Lamb.
13 And one of the elders answered, saying to me,
These that are arrayed in the white robes, who are they, and from where came they?
14 And I said to him, My lord, you know. And he said to me,
These are they that come out of the great tribulation, and they washed their robes, and made them white in the blood of the Lamb.  (note: NOT Jews only)

The last trumpet sounds on the last day, and Jesus said that was after the tribulation (Matt 24:29-31). Jesus and Paul agree on the timing and it is not pre-tribulation, but "AFTER the tribulation".

When you see the correct order and time of the resurrection, when "we shall be changed", the when and who fall right into place and the "pre-trib" explanations and reasonings, are all answered.

Here is the simple truth:

Rev. 20:4   And I saw thrones, and they sat upon them, and judgment was given unto them:
=== > and I saw the souls of them that had been beheaded for the testimony of Jesus
and for the word of God, and such as worshiped not the beast, neither his image, and received not the mark upon their forehead and upon their hand;

The first resurrection  of  “them that are fallen asleep” that is near simultaneous with the "harpazo" of 1Thess. 4 and 1Cor. 15  is in Rev 20 and includes the martyred tribulation saints!

That's right, there is only ONE "first resurrection" of those "in Christ" and it includes them that refuse the mark during the tribulation. All are "raptured" together in the "first resurrection.
Therefore there simply cannot be a "pre- or mid trib rapture" because all living and dead in Christ are gathered  at the same time, "in a moment, and in the twinkling of an eye..".

And that is the simple truth.