A Working of Error (updates) 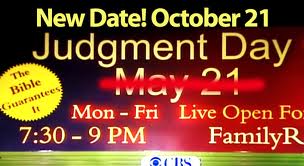 
Are you being led by a working of error? There is a cottage industry of fear-spreading and sensationalism and almost none of this is from the Lord.

In Matthew 24:4 Jesus warned, “Take heed that no man lead you astray.”
Is the pattern of failed dreams and revelations a "working of error" that indeed leads astray??
One minister calls these dreams “God’s tongue”
Does “God’s tongue” give false dates time and time again?

Let’s put this “working of error” in perspective.    In 2010-2011 there have been  a number of tremendous earthquakes. Chile, New Zealand, Japan, and Haiti for examples. NONE of the DREAMERS or WATCHMEN MINISTRIES SAW  ANY OF THEM COMING!

Most of the people promoting and circulating this error never repent for missing so many doom-dates.
How many failed dreams-disasters-prognostications will it take to open our eyes?
.....“take heed that no man lead you astray” that Jesus said ???


These ministries and leaders continue to "bewitch" God's people as Paul wrote in Galatians 3:1.You foolish Galatians, who has bewitched you, before whose eyes Jesus Christ was publicly portrayed as crucified?

- when Agabus prophesied in Acts 11:28 concerning a famine, no date was given.
-  In the Revelation, John was given many prophecies, but not one single date.
- the date for the prophesied birth of Jesus was not given, though the event was prophesied.
- Jesus also prophesied of the destruction of Jerusalem.   Interestingly, Jerusalem would fall to the Romans on the exact same date as it did 600 years before, but no date was given! (Jerusalem fell twice on the 9th of Av)

What does that say for the ministries that put forth dates, dreams and disasters as compared to the disciples of Jesus that NEVER did?

Paul often warned of the seductive bondage of legalism using words like "subvert your souls" "bewitched", and "troubled you with words". The amazing delusion is the be-witchers are themselves deceived in turn deceiving others.
The followers are brought into bondage through focusing on dates/ dreams/ and disasters.
These are promoted through unclean spirits of fear and divination and see what the angel told the disciples in Acts 1:7:
And he said unto them, It is not for you to know times or seasons,
which the Father hath set within His own authority.

Now I know we can say that context spoke of Israel, but let us point out the word “times” is plural

and the reality-check that not once in the New Covenant are calendars or dates given.

Has the Lord given us a standard in His Word to discern the working of error?It’s seems so...
And when they shall say unto you, Seek unto them that have familiar spirits and unto the wizards that chirp and that mutter: should not a people seek unto their God? on behalf of the living should they seek unto the dead? (Isaiah 8:19)

And the spirit of Egypt shall fail in the midst of it;  (Egypt is the world and its report)
and I will destroy  the counsel thereof:  and they shall seek unto the idols,
and to the charmers, and to them that have familiar spirits, and to the wizards. ( Isa 19:3)

counsel -advice; counsel, purpose.
IDOLS  (H457)  good for nothing, vanity; specifically an idol: no value, (as with all the failed dates and disasters) “no value”...
charmers (H328)   perhaps meaning to move softly; from their soft incantations: -gently, secret, softly.
wizards  (H3049) a knowing one;   specifically a conjurer; (by implication) a ghost: - wizard.

“Wizards“, wise” or “knowing” people.
They can be people that are trying to “divine” God through knowledge, news and reports.
They can claim special insight or understanding in a way to promote their voice or ministry.

A “conjurer ”: one that may cause dreams to be dreamed or other means of obtaining knowledge by seeking to divine the Will or voice of God through dreams.

“Let not ….. and your diviners, deceive you; neither listen to your dreams which you cause to be dreamed. For they prophesy falsely unto you in my name: I have not sent them.” (Jer 29:8-9)

Yes, God speaks through dreams, at His Will. But God’s people were never told to seek after dreams. The visible signs Jesus told us to look for would seem to be plainly observed and seen without special computer software, dreams or government telescopes.

Mat. 24When the disciples of Jesus asked Him about the “sign” of His return, the FIRST SIGN Jesus gave them was:“take heed no man lead you astray.   Many shall come in my name, saying, I am the Christ; and shall lead many astray.  And ye shall hear of wars and rumors of wars; see that ye be not troubled...


-the first “sign” was of people that “confess Christ” would come and lead many astray!
Do you think a pattern of failed dates, dreams and predictions qualifies?Do followers of these false words and signs become addicted to fear and being “troubled”?


Now consider the failed dreams, dates and disaster warnings.
Does the scripture indicate a "working of error" or were these warnings God’s truth?

Do you still want to pass along more of the “pseudo” dreams, dates and predictions to people you work with, your relatives or your neighbors offering them “proof” of a Youtube video, some-body's website,  or what you heard on a radio program?

Some of us did, and we lost a lot of credibility when the events never materialized!!

The Seduction of Knowledge

Knowledge is the same door that drew Eve away from the Lord...
And there are others:
"Desire to know the future" or "fascination with doom" or "desire to KNOW special knowledge and end-time events." Not to mention fear, paranoia, self preservation, and a “refuge mentality.” Not exactly the fruit of faith!

Many of God’s people have been caught up in “the latest news, speculations, and rumors, at the price of truly hearing the Lord and following His Spirit.

These fear-inducing stories, rumors and reports influence people to do things they would not normally do. Some have sold homes and business in order to relocate to a "safe” zone. Others have depleted retirement accounts. Others have ostracized and alienated family and friends who are not on board with the warnings of imminent doom.

A defensive mentality often emerges as people consume and submit to dreams, diviners and wizards claiming to interpret and speak in the Name of the Lord. The signs of a cult may become evident as they become dependent upon the words and interpretations of their leader (idol) which they need to defend, even when they are wrong.


What goes hand-in-hand with the date-disaster deception is the spirit of idolatry that comes over us when we follow the date setter ministries..
We know there is idolatry when we defend, justify, or ignore their error. 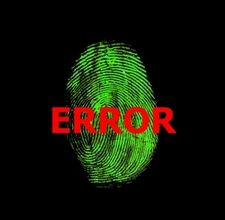 Does a “little leaven” leaven the whole lump?

Are you ready to turn from the dreams, visions and ear tickling predictions that never happen?
Are you at least  willing to rethink and pray about the unending stream of hypothesized disasters, NASA  reports, government “cover-ups” and conspiracy postulating YouTube videos and the  “WHAT COULD HAPPEN IF…” scenarios pushing you into a constant state of unrest?

Will you seek the Lord in these matters with an attitude of renouncing all idolatry and every voice of men and asking the Lord to tell you what you need to know. It is as simple as asking Him something like, “Lord Jesus, will there be a pole-shift on 11-11-11?”  or whatever date the false prophet is giving?

The amazing thing is when we specifically asked the Lord about a predicted quake, Comet Elenin  or tsunamis, we heard nothing. -and nothing happened!
That’s the point-  we need to hear God for ourselves, test the spirits and test the fruit. We must turn from relying on “ministries” which generate fear, paranoia and desire for self preservation in the name of Christ, but in reality draw us away from Him.
Delivered and cleansed


I confess my own guilt concerning the error described thus far. My wife and I postponed educational and business decisions because this “working of error” skewed our outlook and hope for the future. It affected our children and created a negative, fatalistic view of life that affected our family goals and long range planning.

Are we saying the men and women spreading these rumors are evil folks or intentionally deceiving? ---> No. ←-
However, ANYONE CAN BE DECEIVED!
Our heart is deceptively wicked. Unrepentant idolatry will result in GOD sending "a working of error."

The Lord, by His grace, has granted us repentance and deliverance from the error that had us bound. We can now rest in His promises concerning end time events:


Because you have made the LORD, who is my refuge
No evil shall befall you, Nor shall any plague come near your dwelling;

Luke 21:8 J.B. Phillips New Testament
8-9 “Be careful that you are not deceived,” he
replied. There will be many coming in my name, saying ‘I am
he’ and ‘The time is very near now.’
Never follow men like that......

and He said see you be not led astray,
for many shall come in my name saying "I am He";
and "the season is near", GO NOT AFTER THEM.
These are deceivers and antichrist.