“a disannulling of a foregoing commandment" and the tithe.

Answering a pastor’s question  "Where does it say not to tithe?!"

He thought he had me, but lo and behold, God anticipated the straw man argument.

Let’s look at a passage used to teach tithing from the New Testament.
He quoted from the passage "indeed men here receive tithes". And then he shouted "Show me where they are taken out!"

The answer was right there in the very passage he used.
It is in Hebrews 7, and the verse says:

Heb. 7:18 For there is a disannulling of a foregoing commandment because of its weakness and un-profitableness.
WHAT  WAS THE "FOREGOING COMMANDMENT” only a few verses before?

7:5  And they indeed of the sons of Levi that receive the priest's office have commandment to take tithes of the people according to the law

That was where tithes were zeroed out. And he never responded.

I went on to ask how many verses can prove that any of Christ's apostles ever commanded monetary tithes from income, wages, or sales?  Again, ZERO!

This is why every pastor should repent of this false doctrine and teach people giving by the Holy Spirit and not a law.  ESPECIALLY to the needs of others.

Here is another truth: we are not to add, twist, or diminish from what the apostles wrote, as they delivered the New Covenant.

A Covenant is a legal document, a contract, and contains the wishes and directives of the Testator. –That is His Will.

And regarding those monetary tithes, they are not established in either Testament as God's commandment, and they are not included in any form in Christ's Testament. If anyone here has a will, you know it gives your directives to those that will inherit your promises. It will stand in court if challenged as it has your expressed terms and conditions for your heirs because you are writing what you want done for your loved ones.

As Testator, Christ never directed the apostles who wrote His Testament to take any form of tithes from anyone and never gave command for his apostles and ministers to take them.

Monetary tithes are therefore *illegal* when imposed on New Testament saints. The New Testament has NO WITNESSES for them. If tithing on income, sales, or wages was apostolic doctrine, has anyone considered none of the apostles commanded, taught, or testified of 10% tithes even once?

In Acts people worked, gave, sold property, and ministered. Where did the disciples in Acts tithe or get them from others?

Does this resonate? Titus 1:11  Whose mouths must be stopped, who subvert whole houses, teaching things which they ought not, for filthy lucre's sake.

There it is my brethren, disavowing ownership of 100% is the measure Jesus gave, and if we do not do THAT, (and it includes our mind and religion) we cannot be HIS disciple...
Let’s seek to be His disciple and no longer a follower of men, creeds, and "Doctrinal Statements of Faith".

The choice is yours. Renounce "all" and become HIS disciple and you won't be looking to man for teaching, you will become a steward of the Lord's goods when you give "ALL".

Jesus is returning to his temple and chasing out the money changers.
The changing of an Old Covenant agricultural law and a one time event from Abram’s life into New Testament doctrine is tantamount to "transubstantiation", the RCC doctrine that teaches the cracker and wine are changed into the literal body and blood of Christ in the Catholic Mass.

Changing the lawful tithe into a money tithe from income and calling it an act of worship is extortion when the tithe is subject to:

“a disannulling of a foregoing commandment because of its weakness and un-profitableness. “

The apostle Paul was a working minister as an example 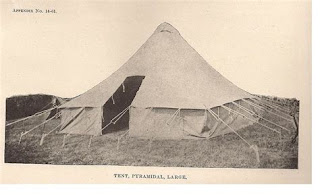 Overlooked by aspiring ministers, was the example that Paul worked making tents as he ministered until he was older and imprisoned.

Some may be surprised to realize what he taught ministers to work and labor likewise.

God's word show us how the apostle Paul worked in Corinth, Ephesus, and Thessalonica and he told the Ephesian overseers “it is more blessed to give than receive” in regard to ministry.

Acts 20: 29 Paul to the Ephesian pastors:
I know that after my departure savage wolves will come in among you, not sparing the flock;

30 and from among your own selves men will arise, speaking perverse things, to draw away the disciples <to follow> after them.

31 Therefore be on the alert, remembering that night and day for a period of three years I did not cease to admonish each one with tears. 32 And now I commend you to God and to the word of His grace, which is able to build you up and to give you the inheritance among all those who are sanctified.

33 I have coveted no one’s silver or gold or clothes.

34 You yourselves know that these hands (PAUL'S HANDS)  ministered to my own needs and to the men who were with me.

2Corinthians 6:5 in stripes, in imprisonments, in tumults,** in labors**, in sleepless nights, in fastings;

2Corinthians 11:27 in labor and travail, in sleepless nights often

There you have it. Paul worked and instructed the bishops and men to work and be diligent..

He said to "imitate us" in this very thing.... And when you compare him to the glory-hounds and pulpit princes pulling for tithes and offerings... Well, you decide who to support...