Unwrapping The Parable of Hierlings and Sheep 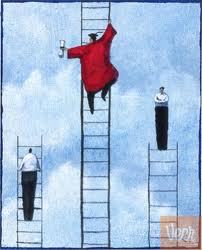 Unwrapping a parable,
-rory moore
There are Two ways to answer a call to serve God:
Here is some revelation in John 10 you may have never seen before.

1   Verily, verily, I say unto you, he that enters not by the door
into the fold of the sheep,
but climbs up some other way, the same is a thief and a
robber.
2   But he that enters in by the door is the shepherd of the sheep.
3   To him the porter opens; and the sheep hear his voice: and he calls his own sheep by name, and leads them out.
4   When he has put forth all his own, he goes before them, and the sheep follow him: for they know his voice.
5   And a stranger will they not follow, but will flee from him: for they know not the voice of strangers.
6   This parable spoke Jesus unto them: but they understood not
what things they were which he spoke unto them.

The revelation of the parable:

Those of the Pharisees who were with him heard these things, and said to him, Are we also blind? Jesus was speaking to those who were over the people in leadership. (Jn 9:40)

2.    Let's next see what the "sheepfold" is:
In the Jewish temple, the house of God, were little "houses" for the sheep, -"the uncovered courtyard of the house. In the O.T. particularly of the courts of the tabernacle and of the temple in Jerusalem." -From the Greek Lexicon definition.
In the New Testament, the temple of God is people, not a building.
The little houses symbolic for what would become the churches, i.e. the "sheepfolds".

Let's consider this "he". Why would Jesus use "climbs up"?
Remember, He was speaking to those that had themselves climbed up in taking the "uppermost rooms" and "chief seats" at the feasts!
Look at the definition of "chief seats": "a sitting first, preeminence in council: - chief (highest, uppermost) seat."
How did the pharisees "climb up" in that day?
They did so by the same means that men do today. They climb "up" into those "uppermost seats" through denominations, Bible College Certificates, Doctorates, and even through family personal connections to others in positions with access to placement or education..
If they go up the "doctorate" or College Degree route, it involves buying their way into ministry, the cost of tuition, accreditation, licenses, and man-made approval devices..

Luke 11:43  Woe to you Pharisees! for ye love the chief seats in the synagogues, and the salutations in the marketplaces.
What salutations?  "to be called by men, Rabbi."
Note: "To be called by men.."
You see they were called by men "Rabbi", not God. And they climbed up by way of men, Titles, and education in their Bible schools of their day.

Jesus taught his disciples not to take Titles.  Not "Rabbi", not "Master", not  "Leader", and I don't think He approves of the ones men use today to climb up into the sheepfolds in taking authority over the people of God.
He said "BE NOT CALLED..." and He used the Titles of the day. Mat 23:8
Is it amazing how many teachings of Jesus we ignored, by-passed, or did not apply to church as we knew it?


Why would they be called a "hireling", "thief", and "robber"?
Are you connecting the verses here?
The folks that climbed up into the chief seats rather than the Door do so in order for the reward of a hireling.  They are known as salaries, special provision, and benefit packages for a hired clergy.
Can you find any of the apostles taking tithes or a church salary?
If you are taking that which God has not told you to take, might that be "robbing God"?


5.  WHO is the DOOR?
Jesus... said to them again, Verily, verily, I say to you, I am the door of the sheep.
By now you may be thinking, wait, he  is "the man of God". Or he is the pastor. Or some other title.
Men are called of the Lord to serve Him but most find themselves in the house of the harlot where they learn to exchange their ministry for the reward of a hireling and a position over Gods sheepfolds.

If we take away their un-scriptural tithes, salaries, and benefits and you will see which ones really serve the Lord and trust Him to supply their needs.
Look, it is simple, serve God and He will supply your needs either through work or through willing brethren He speaks to on your behalf.
-As Peter and Jon did in Acts chapter 3 when they gave themselves to prayer and the ministry of the Word.  What is confusing is we see the professional clergy, and many good men are clergy, but the majority have climbed up through man made institutions into a ministry.

Those who come through the Jesus door, do so through humility and serving others,
not as kings and "not as lords over God's heritage".  They simply answer to the Lord's call and serve others.

WHO was that thief and a robber?
-"he that CLIMBS UP some other way, is he who goes UP through man made means
such as Bible College or denominational promotion.
(none of the apostles used these means, except Paul, and he renounced it)

Who goes into the sheep to rob and steal?
10: 12 He that is a hireling, and not a shepherd, whose own the sheep are not

That is a pretty hard word...
Now should we make excuses and justify ourselves or should we walk in the steps of Jesus and His apostles?
It is time for the true servants of the Lord to lay down the desire for glamour preaching, the television cameras, the mega churches, the hired staff, the salaried and tithe-plundering corrupt church system, and follow Jesus outside the camp and learn of Him.

This is the harlot church *system*...  and now you understand the parable Jesus taught.
Let Him make a minister and servant of you and He will.