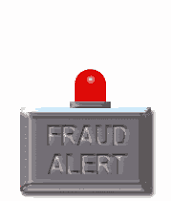 Let US make man ? Us WHO? from the 1God Series 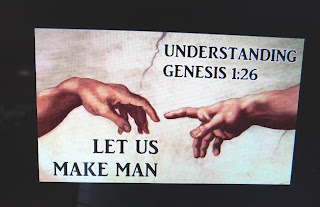 Who is US speaking way back in the beginning of creation?
Genesis 1:26 Then God said, Let US make man in OUR image

Without relying on programmed tradition and creeds, the question of WHO is "US" speaking way back in the beginning of creation?

Before jumping into to what the enigmatic phrase "𝙇𝙚𝙩 𝙪𝙨" means, let us agree it is so ambiguous and vague that we should not read into it what it does not say.
Some say “us” is God and angels.
Some say it is God and Jesus back there.
Some say it is a trinity speaking.
Some say it was Jesus.
Some just say "God".

Can we be honest? No matter which you believe, it is prone to confusion.
That is because you will encounter other scriptures that do not fit inside of that little box of church tradition.

But the little “us” word gets whittled down as the very next verse says:
Gen. 1:27 So God created man in 𝐇𝐢𝐬 <singular> own image , in the image of God 𝑯𝑬 𝒄𝒓𝒆𝒂𝒕𝒆𝒅 <singular> 𝒉𝒊𝒎 <i.e. Adam>;  male and female 𝑯𝑬 𝒄𝒓𝒆𝒂𝒕𝒆𝒅 (GOD-singular)  𝒕𝒉𝒆𝒎  (plural/ i.e. Adam and Eve)."

Genesis 2:7 completes the identification:
7 And 𝙩𝙝𝙚 𝙇𝙊𝙍𝘿 𝙂𝙤𝙙 formed man of the dust of the ground and breathed into his nostrils the breath of life, and man became a living soul.

The creation singularity of Genesis 1:27 is witnessed by passages such as Isa 44:24,
So says the Lord, your Redeemer, and the One who formed you from the womb,
“I, YeHoVaH   (the LORD),  am the maker of all, Stretching out the heavens 𝒃𝒚 𝑴𝒚𝒔𝒆𝒍𝒇 𝑨𝒏𝒅 𝒔𝒑𝒓𝒆𝒂𝒅𝒊𝒏𝒈 𝒐𝒖𝒕 𝒕𝒉𝒆 𝒆𝒂𝒓𝒕𝒉 𝒂𝒍𝒍 𝒂𝒍𝒐𝒏𝒆…
again
Isaiah 45:12 I have made the earth and created man upon it; I, even My hands, have stretched out the heavens
and again,
Mal. 2:10 Have we not all one father? has not ONE God created us?

These "𝙄" "𝙖𝙡𝙤𝙣𝙚" "𝙃𝙚" references cannot contradict John 1, and John 1:1-3 does not put a second God-person into the creation.
Jn 1:1-3:
In the beginning was the Word, and the Word was with God, and the Word was God.
The same was in the beginning with God.
All were made by him; and without him was not any thing made that was made.
(note: “things” is not in the actual text, and all saints are redeemed and re-created through Christ).

So there is error in projecting personhood into John 1 projecting the “Word” into meaning the person of Christ.

Consider God's WORD (that which HE spoke and said) was with GOD, and the WORD conceived and begot the MAN, and that God spoke words to create in Genesis, we have no contradiction or conflict.

The simple truth is not the interpretation that "us" = a trinity of three God-persons.The simple truth is Yahweh ("The LORD GOD" Gen 2:7) is speaking prophetically of the man Jesus Christ who would bring people into the righteous image of CHRIST by faith, as it is written  "ALL were made by <through> Him".
Christ, the Messiah, Jesus Christ of Nazareth, "the last Adam" -1Cor 15:45.Gen. 2:27 NOG (Names of God version) says:Then Yahweh Elohim formed the man from the dust of the earth and blew the breath of life into his nostrils. The man (Adam)  became a living being.Romans 8:29   LET US EXPLAINED IN ONE VERSE !!

For whom He <God>  did foreknow, (~back before Genesis!~)
HE <GOD> also did predestinate to be conformed to the image of HIS SON, that he  <Christ> might be the firstborn among many brethren.

The trinitarian attempt to reinterpret Gen. 1:26 "Let us", as with the oneness and their convoluted explanations, are flat wrong.
ONE is the Creator. "HE" is:
Applied pronouns:
ONE, Holy One, HE, Alone, By Myself, "I", "ME" "ONLY TRUE GOD".

He is THE God and Father of our Lord Jesus Christ.

John 17: 3 And THIS is life eternal, that they should know YOU (not "us"),
THE ONLY TRUE GOD.... and Jesus Messiah whom YOU have sent.