"My Lord and My God" 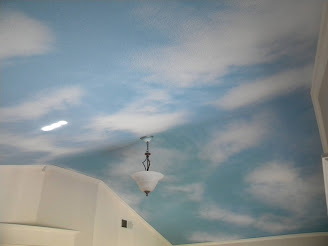 People often point to that verse as a doctrine but ignore two other passages in the same chapter that do not agree with what they *think* Thomas meant.

Let’s see three verses in the same chapter.
20:17 Jesus *said to her, “Stop clinging to Me, for I have not yet ascended to the Father; but go to My brethren and say to them:
‘I ascend to My Father and your Father, and My God and your God’
20:28 And Thomas answered and said to him, My Lord and my God.
20:31  <John> but these have been written  that you may believe that  Jesus is the Christ, the Son of God.

( which is the same revelation Peter confessed in Mat. 16, and the same message the apostles preached all through Acts.

Consider:
1. Why is there not a single example in Acts of anyone saying "Jesus is God” as they preached who Jesus is?
2. Is the word “God" exclusive to the God and Father of Jesus Christ,
or are men called "God" also?

3. How many times is Jesus called “son of God” vs the times someone said “Jesus is God”? (using NASB/ or KJV)

A letter "H"with a number refers to the original Hebrew word.

Do you see that men are called "gods" -theos, and "Word of GOD" -theos are used  in the same verse and refer to BOTH men and *GOD ?   <*The LORD Almighty>.

So why are men as "God/s?
The truth is both "theos" in the Greek, and "eloheim" in the OT Hebrew can refer to The One true God, OR TO AN EXALTED MAN OR MEN.

Moses was "eloheim-god” to pharaoh in Exodus 4:16, Baal a false god was  eloheim, the human judges were "eloheim" the same word used for GOD.   And YHWH<aka Jehovah> was "Eloheim",  even though YHWH was above all that is called "god".

Again we find this in the New Testament:
Hebrews 1:8-9 but of the Son HE <i.e. GOD> says, Thy throne, O God, is for ever and ever  Thou hast loved righteousness, and hated iniquity; Therefore GOD, thy GOD, has anointed you with the oil of gladness above thy fellows.

Therefore Thomas could call the risen Christ "my God" in the same sense of an exalted man, a ruler, a "mighty one":
G2316 θεός theos   uncertain affinity; a deity, especially (with G3588) the supreme Divinity; figuratively a magistrate; by Hebraism very: - exceeding, God, god [-ly, -ward].
"God" H430 eloheim

Plural of H433; gods in the ordinary sense; but specifically used (in the plural thus, especially with the article) of the supreme God; occasionally applied by way of deference to magistrates (judges and rulers); and sometimes as a superlative: - angels,  exceeding, God (gods) (-dess, -ly),  (very) great, judges,  mighty.

The John 20:28 passage has stumbled many because of our English word concepts with  three possible meanings. We take clear passages with only one meaning when trying to understand passages that seem to have more than one meaning.

These are three possible meanings.
1.  Thomas calling him Lord ( as one of authority) and God (Gods Representative, divine in his glorified state), or
2. As an exclamation, MY LORD AND MY GOD! -as an expression of shock and surprise as people do.
3. Calling him LORD (Yhwh) and GOD (The Almighty)

Just reading a few verses before should help us understand that the last is not a possibility.

John 20:17 (NASB) Jesus *said to her, "Stop clinging to Me, for I have not yet ascended to the Father; but go to My brethren and say to them, 'I ascend to My Father and your Father, and My God and your God.'"

We should realize the word “God” or “theos” is not an all exclusive term for the Almighty. It may refer to anything likened unto God, Gods Representative, or one entrusted with the word of God, a judge. All of which apply to Jesus.

John said exactly why he wrote what he wrote in John 20:31(NASB)

but these have been written so that you may believe that Jesus is the Christ, the Son of God;
and that believing you may have life in His name.

Witnesses are needed to establish any doctrine.
"In the mouth of two or three witness let every word be established".
Where the witness saying "Jesus is God" or saying TO Jesus "YOU are God"?

And compare that to those that said "You are THE CHRIST" and You are "THE SON OF GOD", and include all those preachers filled with the Spirit in Acts when they told people who Jesus is..