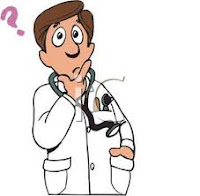 Hebrews 13:11-13
For the bodies of those animals whose blood is brought into the holy place by the high priest as an offering for sin, are burned outside the camp.
So, let us go out to Him outside the camp, bearing His reproach.
-rory moore

In the previous posts, 1-4, we looked at what has been taught and practiced in the Institutions of man-organized Christianity, and how they diverge from scripture.

I need to state clearly that I am *not* anti-church, anti-pastors, or against people that attend. After-all, I still suggest and send people to them with a caveat to ask GOD and go where HE WILLS. Most of us just went or church-shopped.

You may have needs met there, or GOD send you for a purpose; to be trained, to discern, to share, to love others, or hear something He desires to communicate to you there.
We sojourned in it for 24 years.

Institutional Christianity will teach you good things and also many errors and un-scriptural traditions and rituals, flat out error, and mis-direct your own gifts, calling and identity in Christ.

When you mis-identify as a Pentecostal, Charismatic, Baptist, Catholic, or another 501c3 church-corporation, you have unknowingly become part of the body of the harlot, and we note that ALL of Jesus' own disciples came out of the harlot of Israel.

BUT unless you pray about these, it is GOD that must lead you out and not because of malice, un-forgiveness, or cause hurt to others.

Let's next look at the Hebrews passage now, there is some amazing wisdom...

Leave or stay?
Hebrews 13:11-13
For the bodies of those animals whose blood is brought into the holy place by the high priest as an offering for sin, are burned outside the camp.
So, let us go out to Him outside the camp, bearing His reproach.

This draws from the Old Testament sacrifices in which the High Priest, once a year on Rosh Hashanah/ The High Holy Day of Atonement, sprinkled animal blood on the ark of the Covenant, within the Holy of Holys located within the temple.
The flesh of the animals was burned by fire outside of the temple building walls, and was viewed with revulsion.  The writer then gives us leave to go "outside the camp".

What was the sacrifice? -The flesh of the beasts.
What was "the camp"?   -The religious establishment and institution of Judaism with its' sects, divisions, hierarchy, error, and traditions of men.

What often happens when we go "outside the camp" of Institutional Christianity with its' sects, divisions, hierarchy, error, and traditions.
But when we seek to follow and obey the Lord as HIS disciple, our flesh enters the process of sanctification (death to self), as our offering for sin, and our High Priest, Jesus Christ, applies His sacrificial blood to atone for our sin. The "ark" of our covenant is in Christ.

The scriptures are the terms of His Covenant.
Note Jesus is "outside the camp" of religious dogma and tradition. And going to Him in this way often brings the reproach of family, church goers, and religious folks upon those that go to Him "outside the camp".
The "reproach" that Christ bore was rejection, accusation, even hate.  When He went to “church”, called a synagogue, after He began his ministry, they attempted to kill him.

But "outside the camp" is a temple "not made with hands" and also an "abiding city" called "Jerusalem from above".
That is the City we seek.
God bless you.
PART 6, the 501c3