The Nicolaitane (CLERGY-Laity) Error Jesus Hates (was not Santa Claus) 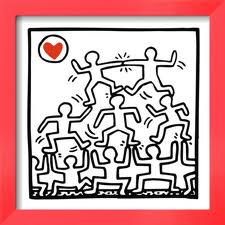 "neither as lords over God's heritage" -1Peter 3
Saving people from the CLERGY over the LAITY SYSTEM.

Disclaimer:
At times it may sound as if I am anti-pastor. This is not so. We love the pastors whom God has graciously put in our lives. The truth is aimed at the harlot system and her institutions,
and NOT at any individual that is trapped by the error of the Nicolaitanes.

Here is the truth:
what God detests is simply the formal, organized  (usually incorporated) church government found in almost every church and denomination.  Clergy-laity.

"Nicolaitane" is from two Greek words "Nike" and "Laos"

The Greek word "nike" means "to conquer"…to dominate, intimidate, CONTROL, rule over, even to manipulate.
It means exercising carnal control. It means ruling by position, dominion, subjugation, and taking authority by these means.
The word "laos" means "the people", that is, the laity.
Hence,  "nike-laity", i.e. "Nico-laitane" error.
Thus we have by definition the deeds and teaching of those who conquer, dominate, manipulate, and "lead" the laity, or the people.

Why does Jesus "HATE" their deeds and doctrines?
Simply put, it is because it puts men in the place of God, whether they be called the church board, elder, pastor, priest, Pope, Bishop, or some other ecclesiastical title. And it virtually guarantees the majority of God's people never mature into faith and their own ministry as Jesus said of His followers in Mark 16:16-20.

Denominational, factious, competitive Christianity has given the church a hierarchical, professionalized, titled, system of church government which is foreign to scripture. This is indeed, "The error of the Nicolaitanes".

Overcoming the Nicolaitane error and deeds
In Revelation 2, this is one of the admonitions for the people of God who have eyes and ears to overcome:
15: So have you also some that hold the teaching of the Nicolaitans in like manner.
16: Repent therefore; or else I come to thee quickly, and I will make war against them with the sword of my mouth.
17: He that hath an ear, let him hear what the Spirit saith to the churches.  To him that overcomes will I give of the hidden manna, and I will give him a white stone, and upon the stone a new name written, which no one knows but he that receives it.

Serious words we never heard discussed or considered. Mysterious. Yet strong admonitions are given in scripture in regard to what Jesus said was the relationship among the brethren and how actual church should function (like family and not am institution).

Here is what Peter said in 1Peter 5:
1 The elders among you I exhort, who am a fellow-elder, and a witness of the sufferings of Christ, who am also a partaker of the glory that shall be revealed:
2 Tend the flock of God which is among you, exercising the oversight, not of constraint, but willingly, according to the will of God; nor yet for filthy lucre, but of a ready mind;
3 neither as lording it over the charge allotted to you, but making yourselves examples to the flock.

In this passage, note elderS (plural) are among us, Peter includes himself as an elder, and there is no specific mention of "pastors".
Why not? Because God gave a five-fold ministry to oversee and "tend" the flock. The elders were to do so not from duty, obligation, or money.
-neither ...  defined:  "  not even, no, not once".
-as lording: defined: "to lord against, that is, control, subjugate: - exercise dominion over (lordship), be lord over, overcome."

This is exactly what the Nicolaitane error does and Peter said not even once was the flock to be carnally subjugated, controlled, or have someone exercise dominion over.
As the Christian sees the truth of scripture, he will need to realign his thinking in terms of what the New Testament ministry truly is, not from what we have seen all around us.

1 Corinthians 11:3 But I would have you know, that the head of every man is Christ;

Friends, Jesus gave, taught, and lived THE faith to His disciples, who in turn gave the same gospel and the same faith to the churches they established.

Reading the gospels and book of Acts taking note how the disciples gathered with "Pastor Jesus" and after the Holy Spirit came may reveal what the Lord had in mind for our gathering together..
The Bible record bears no resemblance whatsoever to the practices, programs, and structure of the modern church around us. No pews, pulpits, choirs, worship leaders, assistant pastors, co-pastors, boards, orchestrated services, voted-in or hired pastors, etc... Not even a special “Easter” service.

1 Corinthians 12:28 And God has set some in the church, first apostles, secondarily prophets, thirdly teachers, after that miracles, then gifts of healings, helps, *governments, diversities of tongues.
*governments"?  "and THERE IT IS!!" -say the Nicolaitanes!
But we find the word "governments" simply means: "pilotage, directorship, steerage" and is not a hierarchial command structure.

"Governments":  Do we need to correct ourselves here?
Should we put center stage orators, tithe collectors, titled clergy, robed or the Gucci suited back on their platforms so we can devour their words, vision, and fund their programs?

Let's look at the verse again and run for the shelter of scripture.

1Corinthians 12:28 And God has set some in the church, first apostles, secondarily prophets, thirdly teachers, after that miracles, then gifts of healings, helps, *governments, diversities of tongues.

1. NOTICE the order "God has set in the church", if the pastor is the primary governmental "director, pilot, and steerage of the body, then he is wayyy down on the list behind the prophets, teachers, miracle workers, and healers.
2. So where in the verse does it even MENTION the word "pastor" in terms of "governments"?
3. IF pastors are the head of local church governments, WHERE is that in the verse?
4. If pastors are "governments", then why are the helps, healings, miracles, AHEAD of the directorage-pilotage-steerage?
5. If pastors are "governments" then why are teachers, prophets, and apostles AHEAD of the directorage-pilotage-steerage?
6. If "pastors" means governments, then why is there not even one passage where the apostles established the form of church headship that we all are familiar with?

The pastors of scripture were the simple, quiet, "no-name" laborers of their day, "among the people", serving, supporting, and sharing their substance with the believers. The same went for the prophets, apostles, teachers, and evangelists, who all served Christ without showmanship, fame, or fortune.
They were the elders, overseers, and ministers of the faith who did so without self-promotion or lording kingly authority over the people God gave them to serve.

Many pastors compare themselves to Moses who led the people of God to the "Promised Land" with the idea that there must be a leader-centered administration of a church body. But that is not a model found in the New Testament because we have Christ and the Holy Spirit given to direct an assembly if they are Spirit-filled and Spirit led. Most churches simply fall back into the traditions of men in their structure.

You see, when the Nicolaitanes imposed their error and deeds upon the church, the pastor-priest became the preeminent personage.
T'was never meant to be and there is not one positive New Testament example of that.
Who gave the pastor-priest preeminence over the rest of the five-fold ministry and the false hierarchial system of "accountability"?
It was the Nicolaitanes.  As many of us finally realize, this is the most common form of church government around us. .

How do you "overcome" the clergy-laity Nicolaitanes?
In the great majority of instances it means walking out the "church" doors, going home, and asking God Himself to take their error and deeds out of your hearts. Then pray to assemble with others.
"come out of her My people"
Posted by Rory at 1:16 PM 4 comments: